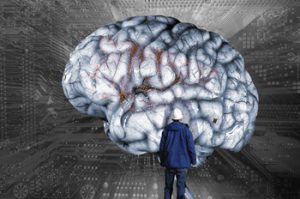 Skiers are often concerned about brain injuries from sports. However, perhaps we should turn our minds toward Cognitive Behavioral Therapy (CBT), which is the study and understanding of thoughts. It is the working through of the mind to heal people both physically and mentally. Studies have probed scientists for hundreds of years, but the knowledge of the mind has never been better than what it is today. Behavioral therapists have the whole of scientific brain science to explore paths, strategies, and methods for healing people.

The study and therapy of the mind is a wonderful thing, but what does it mean in practice? How can cognitive therapy help and what can patients expect to see when they make an intentional effort to explore their mind through therapy?

Below is an exploration of three strategies used in Cognitive Behavioral Therapy. The list begins with one method that is very common and the methods move closer to one that is used much later in the process. Not all cognitive behavioral therapists use the same methods, and they will always dictate a plan of approach individualized to the patient. The below methods will look at how behavioral therapy progresses over time and how it is applied in practice.

Thought Records, the Why and the Argument

One common approach is called a thought journal or record. The concept has patients list out a thought that occurred after an event. The thought could be “I hated my vacation.” Well, why would a person hate their vacation? The purpose of a thought record is to distill the logic of a feeling and break it down. For example, the patient could support or argue against the thought by building up evidence for or against it. The “for” argument could include something such as, it was hot, the trains stopped working, it was too much money, etc.

A therapist would often want a patient to tackle things they do not like directly. This ties into avoidance therapy. It is the basic concept that the only way to get over a spider is to befriend one (this is a simplified version of the concept, but it applies).

The approach is built on a hierarchy. If a person has fear of crowds, they can list their fears as they are broken down. At the top of the list, a person may put Disney World. At the bottom, they put an elevator or a restaurant. The idea is to both break down the feelings and to reflect on what is causing them. Once these issues are segregated and not grouped into one large fear, a person can logically tackle them.

Books and movies love to interpret an approach usually called imagery based exposure. It usually encompasses a person closing their eyes while they are told to think of a certain place and time. The therapist will add details- the stiff air- the sound of footsteps- the glare of the light when the window opens. The culmination of these details results in the person screaming, crying, and running from the room in a storm. It is useful in exercising the brain after a brain injury.

All of this can occur in therapy, but rarely does, due to the movies being a somewhat ungrounded version of reality. But, the essence is similar. In therapy, imagery based exposure is only slightly like the movies. It basically means applying an image for an event and exposing the person to the event through detailed imagery.

The above approach can also be used for more recent events, such as an outburst at work in the last week. Consequently, the reaction applied in the imagery based exposure can be applied to a more taxing event in history. It is one of the leading approaches for tackling anxiety and depression that stems from a historical event in one’s past.

The method is useful because it allows patients to confront the why of their feelings, and acts as a bridge to the actual dissection of a tragic past event. The rumination of such past events can be crippling, or the opposite- the avoidance of it. Regardless, it tackles the issue through imagery impressing. These methods are rich in their effectiveness and wonder. They may be an answer to a healthier mind.